Jigokuraku is written and illustrated by Yuji Kaku. It is set in the Edo Period of Japan and it follows the story of ninja Gabimaru and the executioner Yamada Asaemon Sagiri who search for the elixir of immortality.

Here is the list of the top 10 strongest characters in Hell’s Paradise.

Yuzuhira is also a death row convicted criminal and a kunoichi. Yuzuhira is also known as Yuzuhira of Keishu. She agreed to be a part of Shogun’s expedition in exchange for the forgiveness of her sins. She, too, accepted the invitation once Shogun summoned the imprisoned criminals to kidnap Kotaku’s Elixir of Life.

She then joined a united front with other remaining criminals and executioners to destroy Lord Tensei. After successfully escaping the island, she adopted the identity of Sumire in order to avoid the law and start again.

Nurugai is a wrongfully convicted death row inmate and he is also Sanka’s last survivor. She agreed to participate in Shogun’s competing mission in exchange for the remission of her crimes. Shogun summoned the imprisoned criminals to kidnap Elixir of Life from Kotaku and she accepted the invitation.

Later, she joined a unified front with other remaining criminals and executioners to destroy Lord Tensei. Nurugai also assisted in the escape from the island and the capture of the elixir, she was along with Aza toma and the others in the mission.

Aza Toma, Aza Choubei’s younger brother, infiltrated the Yamada Clan in order to reunite and save his sibling. Toma functioned as his brother’s executioner monitor when he accepted the invitation to the Shogun’s competition task.

To preserve his brother’s life, he later joined the remaining convicts and executioners to overthrow Lord Tensei, the island’s ruler. He played a great role in the mission and that is one of the reasons for putting him on the 8th spot on our list.

Yamada Asaemon Jikka is the Yamada Clan’s former third-ranked Asaemon. He could decapitate a person with a single cut of his sword one of the perks of being an Asaemon. Later in the Clan, he was demoted to 11th place. After departing the island, he was chosen as the Yamada clan’s future leader. Jikka is a slacker who desires a higher job so that he can have physical pleasure and rest. He has a materialistic and laid-back attitude. He has both the sins of sloth and gluttony, but his gluttony is more visible. Jikka is perceptive and intuitive, and he constantly questions the established quo.

He is shown appealing to people’s emotions on multiple occasions in order to force allyships and other things. He comes up with a plan without really adding anything to it himself, but he utilizes everyone’s thoughts and understanding of tao and stuff to organize all of the ideas into a reasonable and strangely optimum method.

Ju Fa without Kishaki is one of the most powerful Lord Tensen. He beat up both of the Aza brothers and later in the fight he kept up with them, even if by a little margin. His Fire Tao also gives him the ability to be highly destructive. Furthermore, he is said to be stronger than the rest of Lord Tensen.

Like one can guess already if a guy manhandled both of the Aza brothers single-handedly then he got to be Hella strong and that is the reason why I am putting him on the sixth spot.

This may appear to be contentious, but I have my reasons for putting Zhu jin in fifth place. Despite his desire for attention from his family, Lord Tensen fought Shion on an equal footing (for a while).

In addition, Zhu Jin was the first individual to show a partial Kishikai form. Although this form isn’t particularly impressive Shion’s reply and Zhu jin’s escape indicate the dude’s strength.

Chobe, the king of the bandits who inherited Lord Tensen’s body and talents, is likely Hell’s Paradise’s fourth most powerful character. He’s a force to be reckoned with because of his tenacity, adaptability, raw strength, and regeneration skills. He was able to take on several powerful hitters, including Ju Fa and Gabimaru, thanks to his monstrous form. No one, in my opinion, is more deserving of this position than he.

Aza Chobe had a difficult childhood, as his high-status family was murdered when he was young, leaving him and his brother Toma to fight for themselves. Chobe was compelled to follow a harsh and ambitious path despite his love for his brother, and when the two were caught and taken in by bandits, Chobe became their leader, committing various crimes and even creating his own city.

The brothers were separated at one point, but they reunited following Chobe’s capture when the shogun ordered Japan’s top criminals to sacrifice their lives on a cursed island in search of the elixir of life. Chobe was determined to defend his brother despite the various challenges and tribulations on the island, it did cost him his humanity and eventually his life.

Shugen was a great antagonist according to me. Shugen has the remarkable ability to change his Tao’s qualities, allowing him to injure almost any foe. This combined with his vast knowledge and sword skills make him a dangerous opponent worthy of third place.  Shugen’s presence in the second half makes him stand out in terms of execution.

Gabimaru is the strongest human by far in Hell’s Paradise. From the moment he was born, he was taught to kill. His lack of emotion during his brutal work earned him the title of “Gabimaru the Hollow.” He is madly in love with his wife, who is the village chief’s daughter, due to her peace-loving personality, she treats him differently than everyone else.

He intends to break away from the village in order to live a decent life with his wife. He put up a great show against Rien and outclassed practically every other human, even if by a small margin. His violent combat instincts, enormous ninjutsu, extraordinary physical abilities, and incredible control over his Tao make him a formidable foe.

Rien is by far the most powerful character in the series. She was able to hold her own against the surviving humans, and she nearly killed them. She only lost because the gang took advantage of her weakness (Jofuku) and caught her off guard and that became the reason for Rien’s demise.

She did, however, reappear and destroyed everyone. Rien was usually calm and controlled, focusing only on her top priority, which was reviving her late husband Jofuku. She was passionate about reuniting with Jofuku, despite having spent endless years going to such extremes that it cost her humanity. Banko’s numerous failures forced her to wait a millennium to see her husband being revived, Rien fought until she could discover a way to see her goal being completed. Jujutsu Kaisen has quickly established itself as one of the most popular series in recent times. One of its most outstanding traits is its power system: Cursed Energy. The complexity of the power system makes it so comparisons are not exactly linear, however, the author... Read More 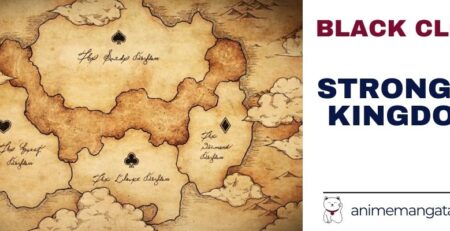